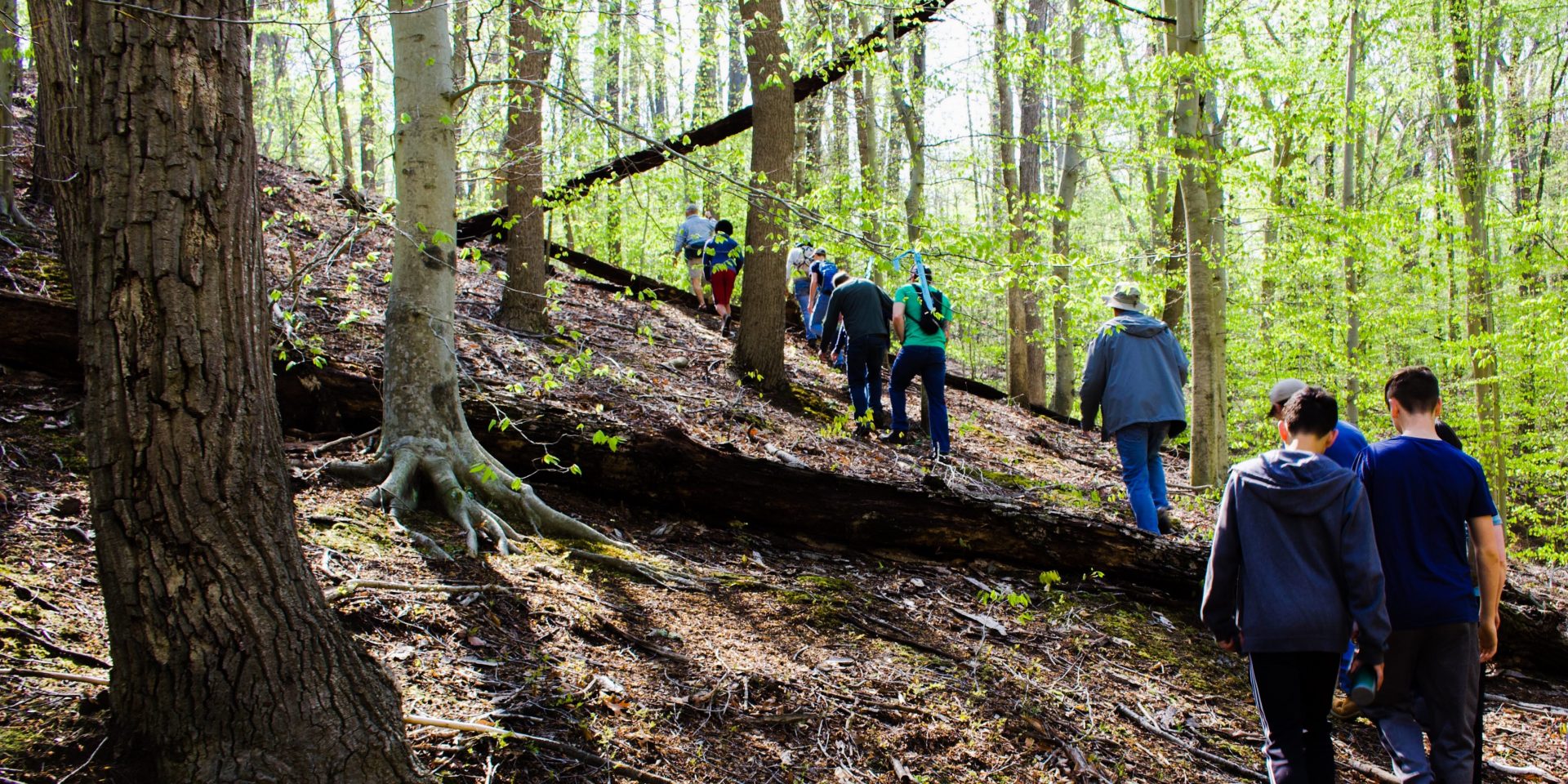 The central 630 acres of the natural area is protected by a conservation easement coheld by Scenic Rivers and the Maryland Environmental Trust to preserve the natural features of the land.

The easement was acquired in 2010. The terms of the easement allow for the land to be open to the public as a park for passive recreation, primarily hiking and nature study. The delicate balance of preservation and public enjoyment is overseen by the Bacon Ridge Natural Area Stewardship Committee, which makes recommendations to the County on how the parkland is managed. The committee welcomes suggestions on how this public asset should be used.

Scenic Rivers is committed to promoting responsible access to the public portions of Bacon Ridge and to further protecting surrounding land by working with local landowners to secure conservation easements. We collaborate with the County and other partners to facilitate public access to the land. For example, we host the annual Walk for the Woods in the spring to celebrate families exploring the outdoors and the beauty of Bacon Ridge. In recent years, we have approved the County’s request to build several miles of hiking/biking trails to increase public access and enjoyment of Bacon Ridge.

The first publicly accessible trail at Bacon Ridge was built in the summer and fall of 2015, totaling 2.5 miles. The trail is located off of Hawkins Road, a few hundred yards past the overpass of Interstate 97. There is a small 10-12 space gravel parking lot for public use. The second phase of 4.5+ miles of trail was added in fall of 2016. A map of the trails is available at the trailhead. These natural surface trails are open to hikers, mountain bikers and dogs on leashes.

Portions of the Bacon Ridge Natural Area were once part of the Crownsville Hospital property. The Crownsville Hospital opened in 1911 to serve African American patients needing psychiatric care. Today there remains a hospital cemetery on the grounds of the natural area with over 1,800 patient’s graves, marked only by numbers.