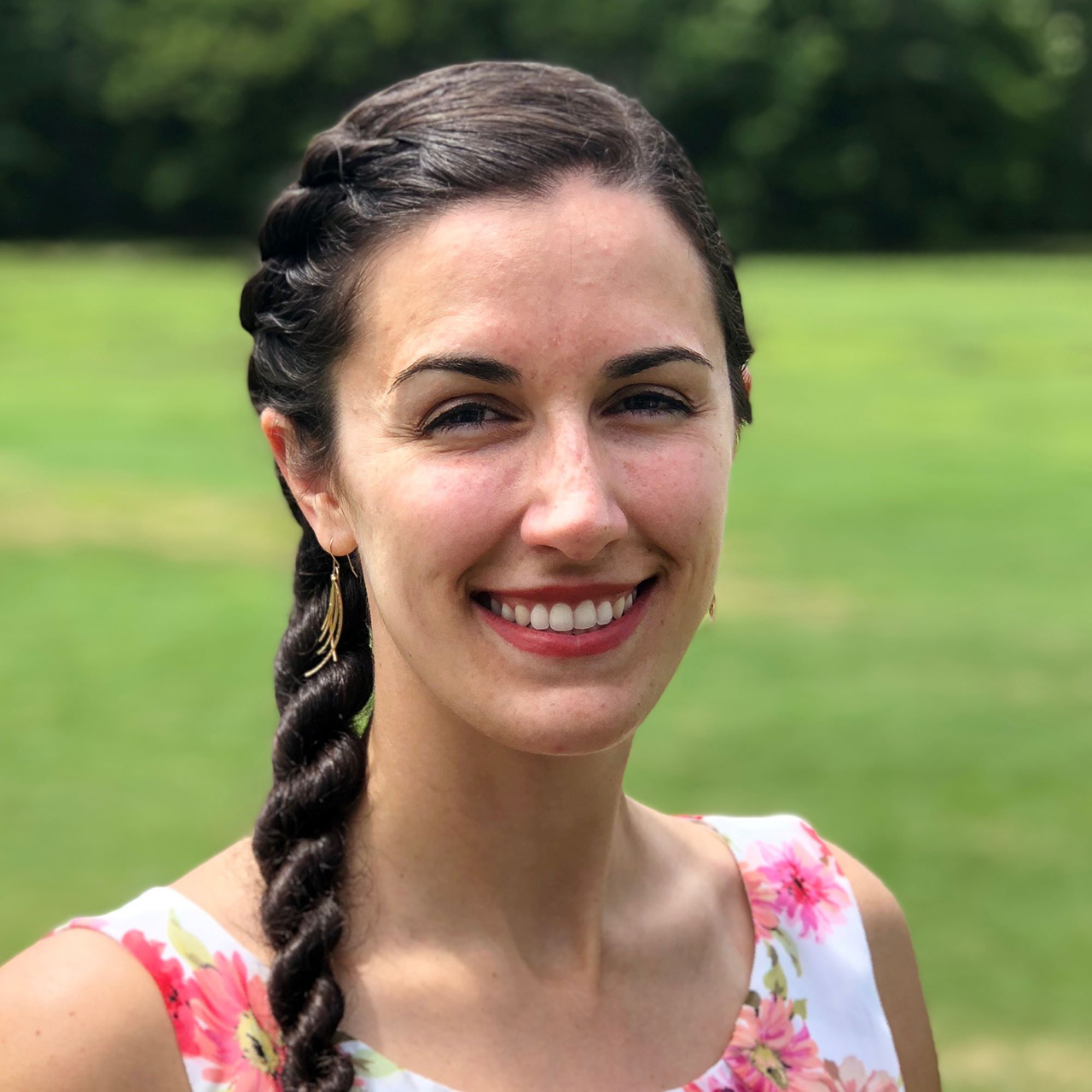 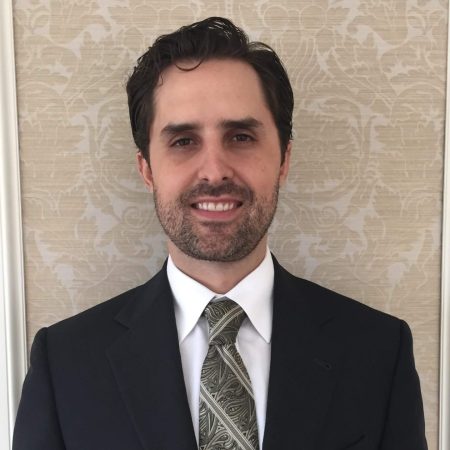 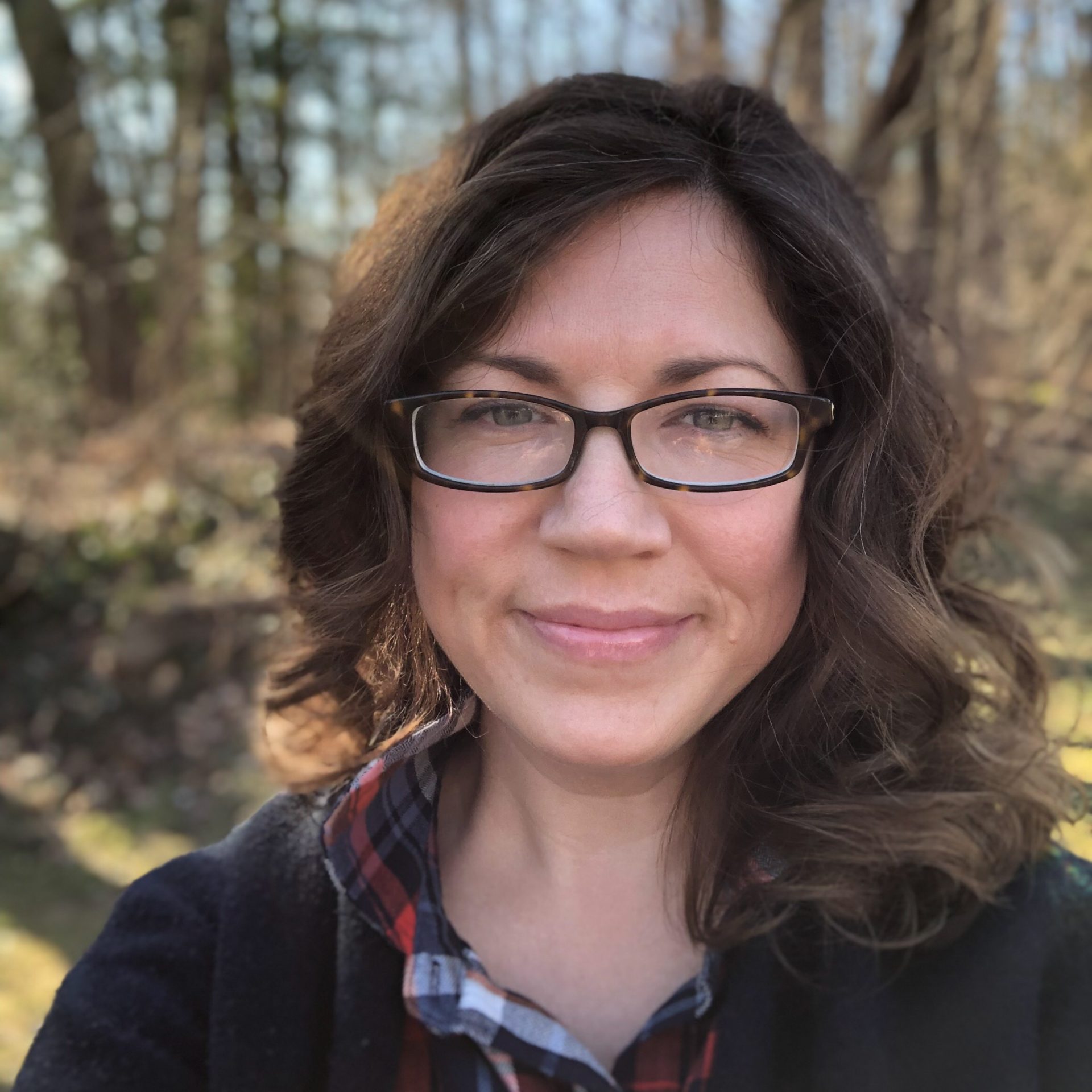 Erin joined the Scenic Rivers team in 2019. A publishing and communications professional with nearly …

Joan has been employed by The Brick Companies (TBC) since 2001. She started as their Vice President of Finance and took over the role of Chief Financial Officer in 2003. As CFO, she is responsible for the development of the financial policies and procedures to ensure the Company’s assets are safeguarded and is responsible for negotiating and placing all long-term debt and the Company’s working capital line of credit. Prior to joining TBC, Joan was the Vice President of Finance at Development Resources, Inc., a Washington, DC-based company that specialized in third-party property management and development. In addition, Joan was a Certified Public Accountant with the firm of Beers & Cutler in DC. She has served as President of the Board of Directors of Commercial Real Estate for Women’s Baltimore Chapter and was President of the Parent-Teacher Association at Crofton Middle School. During 2012, Joan and Lex Birney, TBC Chief Executive Officer, were recognized by the Baltimore Business Journal as one of the CEO & CFO Dream Teams. She served as the Treasurer of The Brick Companies Foundation until 2021, and currently serves as the Treasurer of Maryland Hall.

Edmée received her BS in Biology from St. Lawrence University and graduated from The University College, Dublin with a degree in Veterinary Medicine. Her family was drawn to a property in Southern Anne Arundel County protected by agricultural easement on which they designed and maintain a working farm. Their green-built home utilizes a geothermal heating and cooling system as well as solar panels. The grass-fed sheep share their ecosystem with free range chickens, woodland visitors, dragonflies, and oodles of tadpoles. Exposure to the richness of Maryland's watershed and its inhabitants has inspired the whole family to become avid birders. Edmée feels most at home outside and whenever the day allows, can be found water gardening with native species, doing pottery and painting.

John has approximately 40 years of experience in computer programming and project management predominantly in the public service.  John has served as a Computer Specialist with the National Library of Medicine and USDA Forest Service over the past 30 years.  John has a Bachelor of Science, Forestry from Virginia Tech and a Master of Science, Outdoor Recreation from Utah State University.  In addition, John has volunteered with Maryland League of Conservation Voters for lobbying efforts to strengthen the Forest Conservation Act in both the 2017 and 2018 legislative sessions.  He has spent his lifetime enjoying activities in the natural outdoors where he appreciates the results of conservation efforts.  He also enjoys sailing, kayaking and stand up paddle boarding on the Chesapeake Bay and tributaries.  He is currently a member of the Eastport Yacht Club Environmental Committee.

Pat is a retired archivist, having worked at the Maryland State Archives for over thirty years. Her duties included the development of retention policies for government records, processing and description of records, and reference services. She compiled several guides to government records and participated in the project to make land records available online. She continues to engage in historical research, with a concentration on southern Anne Arundel County. Since retirement, she has pursued several volunteer activities. She works with Anne Arundel County archaeologists on various projects - participating in field work at dig sites, processing artifacts, and doing historical research. Other endeavors include volunteering at the Jug Bay Wildlife Sanctuary and Calvert County Historical Society. She also serves on the board of the Anne Arundel County Trust for Preservation and Calvert County Heritage Committee. She previously has served as President of the Bristol Civic Association. Other activities involve bird banding, reading, and hiking. In 2011 Pat placed her property in a conservation easement, held jointly by Scenic Rivers Land Trust and Maryland Environmental Trust.

Kirk Mantay is the Executive Director and Principal Ecologist of GreenTrust Alliance, a regional nonprofit habitat conservation organization and land trust located in Howard County, MD.  He was certified as a Professional Wetland Scientist in 2005, and re-certified in 2011 and 2017.   Kirk is most excited about the protection, enhancement, and management of large scale coastal properties, including barrier islands and managed coastal retreat issues.   He has previously led restoration and land protection programs for the South River Federation, Chesapeake Bay Trust, Ducks Unlimited, and environmental consultants. Kirk lives in Baltimore with his wife and son, and enjoys surfing, hunting, and fishing as much as possible.

David Ballard is the President of Champion Financial Planning Group, an independent financial planning firm located in Annapolis, MD.  He is a Certified Financial Planner who has been helping individuals and families meet their unique goals and objectives for over 25 years. He is passionate about financial stewardship and works with clients to protect their assets by providing guidance that is objective, holistic and independent. Locally, David has been an impartial financial speaker on Fox News Channel and a contributor in the Washington Post’s “Ask the Experts.” He resides in Davidsonville, MD with his wife and two children.

Phil Dales is a Partner with Liff, Walsh & Simmons where he manages the firm’s Land Use & Zoning practice and is a member of the Real Estate, Litigation, and Administrative Law practices. He counsels clients on zoning matters, including rezonings, variances, special exceptions, planned development applications and comprehensive planning. Phil has a J.D. from Maryland Law where he completed the Environmental Law program. He also has a Master of Urban and Environmental Planning from the University of Virginia and a Bachelor of Arts in Economics, English with Environmental Studies from Washington and Lee University. Phil has also worked and volunteered with the Institute for Environmental Negotiation and the Chesapeake Bay Foundation. An Annapolis native, he has spent many happy hours hiking, kayaking, running, and cycling throughout the Chesapeake Bay watershed.

Kristen is the Senior Transactions Counsel at the Maryland-National Capital Park and Planning Commission. She assists Prince George's Department of Parks and Recreation in acquiring land for trails, urban parks, agricultural reserve easements and buffers to the Patuxent River at Jug Bay. She holds a Bachelor's in Urban and Environmental Planning from the University of Virginia and a J.D. from the University of Baltimore. She has concentrated her legal career on land use, affordable housing, and real estate and natural resources issues with a focus on the nonprofit and government sectors. Her experience includes three years at a boutique zoning and real estate law firm outside of Philadelphia; 11 years as Assistant General Counsel at Enterprise Community Partners in Columbia; and 10 years as Assistant Attorney General and Senior Counsel at Maryland's Office of the Attorney General representing the Maryland Environmental Trust. She served four years as a commissioner on the Land Trust Accreditation Commission and previously served six years on the board of SRLT. Kristen is admitted to the bar in Maryland. She lives on the Severn River in Crownsville with her husband and two children.

Liam grew up in and around the construction industry and has done little else since a young age. He spent many years working as a manager of infrastructure construction, commercial construction, and real estate development, but has found his true passion in working hard to restore our watersheds. He is the President of Environmental Quality Resources, LLC. When he’s not working, he spends his time with his family fishing, crabbing, and sailing on the Severn River.

Lily is a registered professional civil engineer with a BSCE (high honors) from the Georgia Institute of Technology, and a master’s degree in Environmental Science and Engineering from Johns Hopkins University.  She served 3 tours as a Naval Officer in the elite Civil Engineer Corps, receiving numerous awards including two Navy Commendation Medals and the Navy Achievement Medal.  During her tour as Public Works Director, Naval Air Facility Washington D. C., the Department was awarded “Best of Type” by the Naval Reserve Inspector General.  She also was appointed Acting Director of the first hazardous waste investigation and remediation unit in the Navy, NACIP, at the ground-breaking Naval Energy and Environmental Support Activity (NEESA).  After her military service, she worked for several engineering consulting firms, and, for a time, worked part-time for the City of Annapolis as an engineering project manager while her children were young.  Projects of note for the City included Restoration of the Southgate Memorial Fountain, Restoration of Historic Hanover Street, and construction of Little Gott’s Court, the City’s first green infrastructure parking facility.  These projects received several heritage awards from Four Rivers Heritage Society and honorable citations from the State Legislature.  In 2015, her Little Gott’s Court project won the Best Urban Stormwater Management project in an Ultra Urban environment from the Chesapeake Water Environment Association.

Since 2012, she has been President of Chesapeake Blue and Green, an engineering services firm with a concentration in civil and environmental infrastructure projects.  She recently completed the Annapolis Design/Build project for the new $30 million Water Treatment Plant, the largest construction project ever undertaken by the City of Annapolis.  The Water Treatment Plant recently won a 2019 Leadership Award from the state US Green Building Council and received an international LEED Silver certification, one of the first municipal projects in Maryland to receive that award.

Lily serves on the boards of the national Public Works Experience, the Bay Ridge Civic Association and the Four Rivers Heritage Association.  Previously she served as Chairman of the Board of Leadership Anne Arundel, President of the St. Mary’s Pastoral Council, Chairman of the Board of Maryland Hall for the Creative Arts, and President of the Founding Board of the Chesapeake Children’s Museum.  For her community volunteer work, she was chosen as one of the Capital Women of the Year in 2012, a YWCA TWIN Awardee in ’07, and was selected for Leadership Anne Arundel Flagship in ’05 and the LAA Executive Leadership in ‘13.

Lily and her husband have four children, and in her free time, she enjoys her book club (of 28 yrs.) and is an avid USTA league tennis player.

Joe has been an Environmental Project Manager at a municipal department of public work's restoration division since 2016.  Prior to that, he worked on restoration projects, water quality monitoring, and expanding public water access with the West/Rhode Riverkeeper, now part of the Arundel Rivers Federation, for approximately four years.  Through his work, he sees the damage that is left from historic land use decisions and the need to preserve the natural resources that remain.  Joe is an avid hunter, angler, sailor and general outdoor adventurer who enjoys being outdoors all year round.  He holds a bachelor's degree in Biology from Towson University, and currently lives in Crownsville with his wife near the Little Round Bay area of the Severn River.

He has had significant experience with the NEPA Act, Chesapeake Bay Critical Area Act, federal and state wetlands laws, and similar state and federal programs, as well as an extensive background in negotiating agreements with the Interior Department, National Park Service, Corps of Engineers, U.S. Fish and Wildlife Service, the National Capital Planning Commission, and Congressional Committees.  His service to the community also includes serving as speaker and moderator for various Washington symposiums focused on charting the course for future growth and development in the area, as well as a guest lecturer, panelist, and faculty member at numerous forums on the environment, renewable energy and growth management (Smart Growth), land use and planning.  In addition to his various speaking engagements, Mr. Zanecki is the author of “Planning and Zoning” in the published book titled Real Estate Practice in the District of Columbia, Maryland and Virginia, and an author of the Smart Growth section of MICPEL’s publication on “State and Local Government” Law, amongst other publications.